In this post I would like to take a wide lens to coaching and some embedded assumptions about power, systems, and leadership. While it is not mentioned much or part of the dialogue of sports talk shows, people, players, and coaches are at different developmental levels. This is reflected in beliefs, styles, relationships and theories about team and player development. Sometimes it is explained away as “personality.”

Years ago, a controversy surrounding a legendary basketball coach (and personality) brought these different perspectives and beliefs in full view. Presented in many forms of media as if for a jury, both sides of the argument received attention regarding the coach’s questionable behavior. One had to take a leap to discern the coach’s motivation as the situation was offered “objectively.” Some former players saw the coach as a flat-out bully. Others saw his hard-nosed, win at all cost, profane and degrading treatment of players as “that’s just coach.” No big deal. 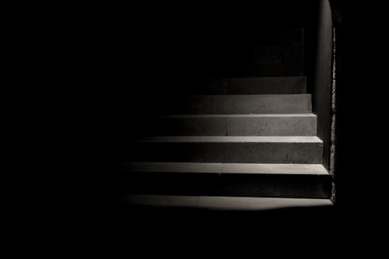 Can both be true? Absolutely, just as it is easily justified in a certain light—or darkness. That is the wide frame of developmental levels. And over the years we witness similar stories—sometimes with not-so famous coaches, GM’s or team doctors, but it’s simply a variation on a theme. Most recently a chapter is being written in the National Hockey League, one that is quite disturbing when leadership is considered. But with a wider lens, one that accounts for principles of growth and stewardship, something different than the “that’s what I know, that’s the way it is, the way it’s always been” emerges.

There is a certain authoritarian approach that looks at players as pawns to be manipulated. The conditions include an imbalance of power and negation of the player as a complete human being. The player is their number, uniform, role, skill-set. “It’s a business.” This approach does not back away from fear and humiliation. It comes from a place of demanding respect… But…

At a certain level, respect can’t be demanded. It must be earned in a reciprocal manner—in a relationship. The principal behind the different levels of being is that you can’t give what you haven’t received. So, coaches who were coached in a fear-driven and belittling manner bring this forward to their new role. And players who were brought up in authoritarian homes in fear of punishment find it matter of course for coaches to punish, degrade, and direct from fear.

What this approach misses is the reality of how difficult it is to do anything complex and precise from a place of fear (hence the term “choke”). It is difficult to build chemistry when players are pitted against each other. Vision and purpose are blurred by intimidation and chaos. Motivation from fight or flight is short-lived, draining, and meant to engage a serious and imminent threat to life. Athletes in most sports do not fair well in such a state of stress, arousal and tunnel-vision. Even athletes (such as boxers and MMA fighters) where impairment or even death loom maintain a centered alertness that allows them to process and adapt.

All emotions come from a personal source and require awareness and insight. While these emotions exist in relationship to the greater surround, on a deep level they are very personal. Anger, the most powerful and volatile, requires a good deal of up-front work. Its message is private: I don’t like what is happening. The internal feeling is not a passport to violate, destroy, humiliate, intimidate or deceive because things are not going the way you wish. This is immaturity in adult clothes though its wrath is far from childlike.

While this may seem preachy or judgmental, the truth is we, in the name of safety, are always sizing things up. Just as the athlete you coach is seeing if you are for real. If you are going to facilitate growth, teamwork, and the conditions that must be present before you can even start to contemplate success in any form—the first things are personal and principled in nature. You have to be worthy and trustworthy before you can build trust and worth.

In your heart, what would you want for your son? Your daughter? Demanding, yes. Abusive, no. While the John Woodens and Tony Dungys are few and far between, we should stop making excuses and finally commit to what brings out the best in all. Because it matters. 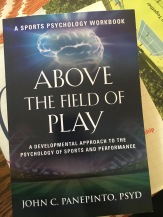 I believe in the pull of potential. That each day can be an expression of the vision we all have of our self of being who we truly want to be. I do not believe that people want to be less than. My sites share this theme of vision, living in our most important roles and responsibilities from imagination and creativity in a simple, practical way. I am committed to educating and serving, founded in principles of development, that people can use and practice in their every day lives. View all posts by Dr. John Panepinto